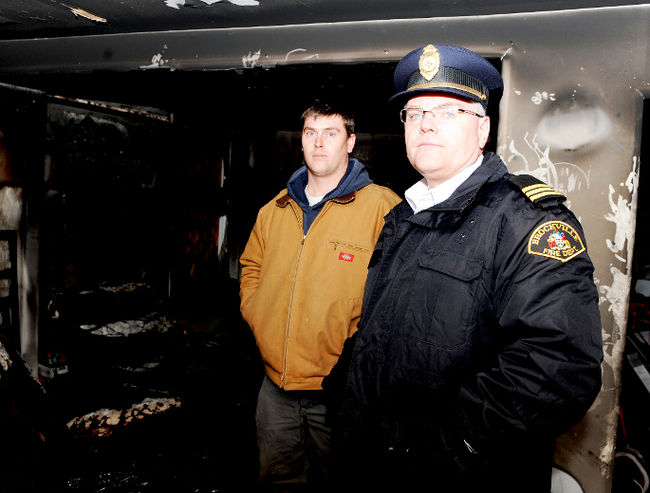 Some people may consider themselves “paranoid” about making sure their smoke detectors are working, but this so-called paranoia likely will save lives. Proper smoke alarm maintenance and installation definitely  saved a Brockville families lives in a house fire.

Around 4 a.m. a fire broke out in a Church Street home as a husband and wife along with  their two sons were fast asleep. The home owner reported that he thought if it wasn’t for the smoke alarm, they would have slept right though the fire.

The fire investigation revealed the fire originated in the living room and the smoke alarm alerted the occupants to the fire so they were able to safely evacuate. Although the smoke alarms were all properly placed within the house, smoke had already reached the home owners  bedroom when the alarm went off.

Even though the Brockville Fire Department’s south-end firehall is just around the block from the incident, there were already flames by the time the firefighters arrived. It took the firefighters barely a minute and a half to get there, but the family was already out by that time.

This story goes to shown that fire spreads very quickly. Without the proper installation and maintenance of smoke alarms, one may not be notified of a fire until its too late.